Lakeville North Football is currently in the middle of researching and compiling information for this page. If you have any relevant information or historical artifacts relating to Panther football that you'd like to contribute to this page, contact luke.sleeper@isd194.org. 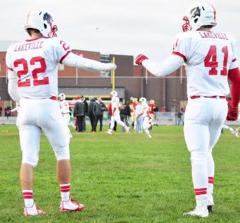 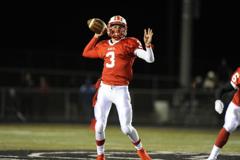 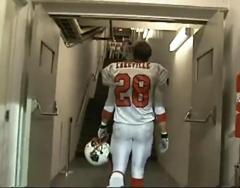 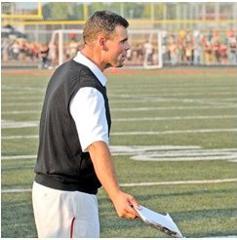 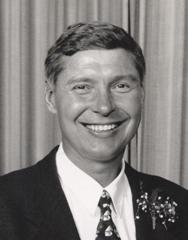 Lakeville has been a community proud of its high school football since the mid-20th century. But the beginning of what we know of today as Lakeville football can be traced back to 1977, when Larry Thompson was hired as head coach. Thompson, a 1970 Panther grad, was hired at Lakeville High School after a Hall of Fame playing career at Augsburg College. He led LHS for 27 years, winning 7 section championships and earning five trips to the state championship game - winning three. Thompson's stellar coaching staff (whom he often refers to as his best friends) of Dick Zeman (defensive line/linebackers), Dick Johnson (offensive backs), Dave Comer (offensive line) and Jim Knutson (defensive backs) were mainstays in Panther football for decades. Other longtime Panther assistant coaches during this era included Jon Gilmer, Kirk Golberg and current Lakeville North offensive coordinator Bob Kovich.

Lakeville experienced sustained success over the Thompson era, including three magical seasons in 1988, 1992 and 2003 where the Panthers were Prep Bowl champions. In 1988, the Panthers  were coming off the greatest season in program history in 1987, going undefeated all the way to the state championship game before losing to Cambridge 14-28. The Panthers would avenge the loss to Cambridge in '88, defeating the Blue Jackets 24-6 in Week 2, en route to an undefeated 14-0 season. Lakeville was led by the likes of fullback Todd Dwire, linebacking brothers Lance and Todd Wolkow, defensive end Brad Ranum and quarterback John Guentzel. Guentzel set the Prep Bowl record for passing yards in a game, racking up 288 yards in a 35-28 victory over Staples-Motley.

Similar to their first championship season, the 1992 Panthers were coming off another state runner-up finish the previous year, where they lost to Burnsville 7-10. Lakeville had gone undefeated until the '91 Burnsville loss - their first season in the large-school Class AA playoffs. The '92 Lakeville team returned many of its stars from the '91 season, including future Notre Dame and NFL lineman Mike Doughty, as well as runningback Matt Hammond, cornerback Adam Platt and linebacker Jon Jellum.  After winning their first 7 games, the Panthers experienced a tough 12-14 loss to Northfield, which would re-focus Lakeville as it began its playoff run back to a 4th Prep Bowl in six years. After state tournament wins over familiar foe Cambridge and Blaine, the Panthers went on to defeat Cretin-Derham Hall 19-7 in the state title game on the back of Matt Hammond's 234-yard-rushing performance. (Click here for 1992 season highlights).

Lakeville would win one more section title in 1994 but would not make it back to the state tournament until 2003, when the Panthers had one of the strongest offensive triple threats the state of Minnesota has ever seen. Seniors Josh Lucas (quarterback), Brylee Callender (runningback) and Vinny Flurry (wide receiver) surged the Panthers to an undefeated 14-0 season, which included a win over Eden Prairie that halted the Eagles' 59-game winning streak in Lake Conference play.  Lakeville stormed through the section playoffs and state tournament, defeating Eden Prairie again in the quarterfinals before wins over Robbinsdale Armstrong in the semifinal and a 34-9 Prep Bowl victory over Hastings. (Click here for 2003 season highlights).

Thompson would coach the Panthers for one more season before he and most of his coaching staff went to the new South high school after Lakeville split its high school into two buildings. Lakeville High School became Lakeville North High School in the fall of 2005 - the beginning of a new era in Panther football.

When Lakeville High School split, it seemed as though everyone was leaving for the new program at South. Lakeville High School assistant coach and 1992 Panther grad Mike Zweber stepped up and was named the head coach of Lakeville North in 2005. Zweber led the Panthers for five seasons and won two section championships. During Zweber's tenure as head coach, the foundation of a new North Panther legacy was cemented. After losing their first four games against Coach Thompson and Lakeville South, Zweber's Panthers won a thrilling 12-6 overtime victory in the 2009 section playoffs over the Cougars in his last season as coach. LNHS then advanced to state tournament play and narrowly missed advancing to the state semifinals. When Zweber decided to retire from coaching in 2010, Panther defensive coordinator and 1998 LHS graduate Brian Vossen was hired as head coach.

The Vossen-led Panthers have been a perennial power in this decade, winning eight section championships and boasting an 84-19 record since 2010. The Panthers played in their first Prep Bowl as LNHS in 2012, finishing the season 11-2 after a state title loss to Eden Prairie. Lakeville North has had a wave of talent come through its program in recent years, including Conference Players of the Year on offense in 2011 (QB Trey Heid), 2012 (QB Zach Creighton), 2015 (QB Drew Stewart), 2016 (RB Wade Sullivan), and 2018 (RB/WR RaJa Nelson). The Panthers have also seen consistent dominance on defense over these years, which include defensive Conference Players of the Year in 2012 (LB Alex Wood) and 2014 (LB Jesse Cardenas).

Do-It-All RaJa Nelson returned for his senior season in 2019 and surprised many by taking over quarterbacking duties for the Panthers. He was joined by fellow senior playmakers WR Keaton Mohs, DE Landon Carter, DT Preston Palmer and LB Ryan Mudgett. Nelson didn't disappoint, leading the 2019 squad to a 7-1 regular season record. The Panthers earned a second consecutive trip to U.S. Bank Stadium after 3 playoff victories, before losing in the 6A State Semifinals to Champlin Park. Nelson finished his career with countless team records before going on to play collegiately at North Dakota State.